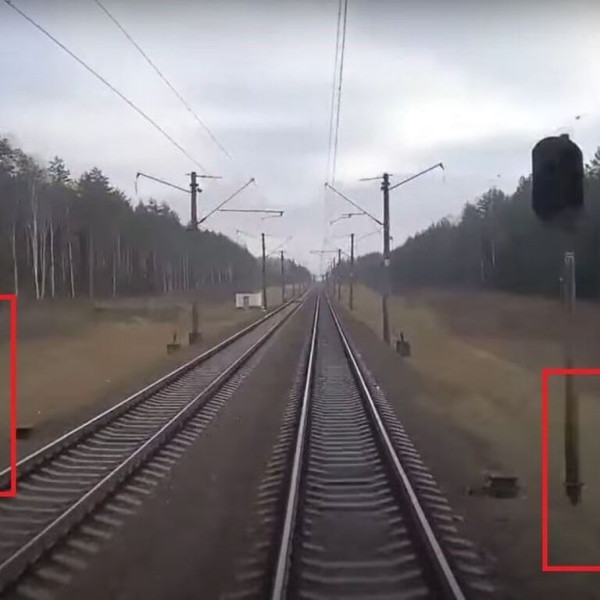 This text was written after the studio visit at the Next Cloud Atelierhaus, a one-month online residencies program hosted by the net-initiative servus.at in its cloud instance in 2022. During the residency program, the invited artists Danae Tapia, eefff, aaajiao, Mary Maggic & Cristina Cochior developed new works and engaged in group activities with servus community members. Their projects, and the whole documentation of the project of online institution are visible at atelierhaus.servus.at.

The day I spent in residency at Next Cloud Atelierhaus, we were substantially talking about labour in digital environments. I remember a feeling; we were in different spots in Europe, talking and trying to get acquainted with each other, definitely attempting to understand how what we are doing is part of the problem. It was clear, the first question was about the problem: what's the problem? Usually, we define the problem as being harsh to say. Something we all feel, something we won’t grasp, but definitely something that is among us. Actually, it is the missing part in every conversation, maybe the prompt that initiates every action we do: the non-said. Thus, here I am trying to write what we were not able to say in words that day. The problem is a trick, a dissimulation, an amount of time where we don’t have any operation to absolve anymore. The machine is not a device that regulates our working time, but worse, it defines our whole lifetime, including free time or whatever we do. Well, from the operational time condition, the table has reversed. In this case, the machine is not the solution, it is the problem. We are working for it and not vice versa. For instance, while talking with all the artists in residence we all shared concerns about self-responsibility in feeding the vicious circle of contemporary hypercapitalist praxis. That social and political disquiets of a community – a restricted number of artists, part of a larger community wishing to be a creative class – is a concrete concern for the way contemporary art is perceived as image at the service of the capital. A growth medium, where to experiment with practices of self-limitation while speculating on potential empowerment. The discussion was turning around the possibility and the deduction in digital production system, with specific attention to the so call fight in time consumption. The artistic collective eeefff created an institution that acts as a cybernetic political brigade to queer time, which gave me the idea to frame the issue of time and its influence on us as a starting point of this reflection. In their work, the algorithmic entanglement of digital infrastructures and human time-space shall be observed from a communitarian point of view, the only way to overcome individual quantization.

Automatization and time-consumption of digital praxis emerged in the discussion with aaajiao as well, who during the residency worked on a telegram bot as a networked, autonomous self-portrait of the user. The generation of a digital doppelgänger extends his reflection on data-based identities within machine time.

Thus, the idea here is to investigate how much this images-machine serve and how much they are served from us.

Automatic for the people

On a not-so-dark interior day, a robot has just stopped vacuuming the floor, sending a notification to an app that monitors its cleaning route. In that same instant the scheduled emails reached the inboxes of all recipients and the order for the whole week's shopping has just been confirmed. Thanks to automation, there is time taken away from housework and work itself, whatever it is, it is time freed from any kind of tasks but it is not free, a text generator is suggesting connections to finally start thinking about. This could be how the day starts for many people working from home: the list of tasks delegated to bots or fully automated is very long and is constantly updated. Everything is quite harmless and nothing seems to compromise the quality of life of anyone else. I forgot, it is almost lunchtime and I don't think there is time to cook anything. You have to order and wait for them to deliver; the app says that in less than ten minutes the dumplings will be at the front door.

There is an article in the New York Times that defines some of these actions as part of a well-defined lifestyle. Yet it has not always been this way, we have not always been so dependent on this enormous amount of services offered by digital start-ups. I would like to start precisely from this almost benevolent and generally uncritical acceptance to understand whether these hypothetical everyday experiences say something more about the interweaving of autonomy and dependence that exists in the relationship between machines and people, sketching out a definition of the balance of power between the two parties. In short, it is legitimate to ask how much, as the presence of automated services increases, people's possibilities of being able to do without them decrease. Obviously, the issue can be approached from several perspectives, here I will try to frame it within the broader question of the automation of production processes and the possible or avoidable limit of automation itself.

One of the most debated issues surrounding the development of automation in work has always been that of the actual potential of machines and the dreaded threat or promise of being able to 'replace' humans in their tasks. It is a polarizing debate in which catastrophic positions are contrasted. The narratives about starving masses wielding pitchforks and torches and destroying all forms of mechanisms are opposed by others in which full automation promises to guarantee a bright future and income for all. The reality of the facts, however, does not lie in either of these poles, in fact it is something that does not even lie in a hypothetical center. In fact, the question is more of a dialectical nature and must consider contexts rather than possibilities. It is a question that is historically determined and therefore confronts the evolutions of all work and the emergence of conditions of advantage rather than exclusion. So, if automation and the launching of a bot already seem to be able to solve in an applicative way the effort of poor Joseph Conrad at the window, whose only worry was to explain to his zealous wife his work while watching the world go by, the risk seems to be the disappearance of the landscape outside the window. The question is not what machines can or cannot do, but how much they can serve and not be served.

Human and Machine at work

Workers in digital platforms, call centers and telemarketing operators, the universe of logistics and delivery workers, as well as back office workers in hypermarkets, tourism and fast food outlets or the ever-present dark stores, are the visible points of an opaque system. Dark stores, for instance, base their business model on their own intangibility. Opaque and not accessible to the public, but maximally visible in their services, as defined by Bolter and Grusin, they are infrastructures whose success depends first and foremost on their media capabilities and their ability to create value by exploiting the qualifying work of users. These services place themselves outside the plane of the real and while promising a redefinition of the relation of time and labor, they only end up imposing an extractive and accumulative idea upon an invisible “living labor” that rapidly moves towards a new dehumanization. In this techno-determined system, every part contributes to the purpose of hyper-production. Technology is not neutral, nor in the exoskeletons provided to warehouse workers with the promise to reduce the strain of heavy loads, nor the blue-blocker glasses that guarantee greater resistance to exposure from uv-radiations of computer monitors. Every 'posthuman' extension is, in fact, subjugated to the epistemology of global techno-capitalism. These prostheses annihilate the potential of cyborgs and affirm a savage automation in which social control collides with acceleration and efficiency. In essence, becoming a cyborg entails no liberation if the cyborg concept is not in turn liberated from the constructs of capitalism. In short, acceleration within this system of production produces so much Taylor and so little Haraway, in a dehumanization of labor that is a matter of timing but also a constant over time.

At this point, it should be clear that the question to which we should answer is not in the opposing camps of techno-yes and no-techno-thanks. The contemporary issue in our time’s relationship with technology lies in the nuances, in the possibility of identifying and making manifest the mismatch between the enormity of the potential demand of a web that has become a marketplace and little else, or in highlighting the working conditions of those who are too busy running after it. In short, I think that a critical approach to the complete abdication of our agency to technology is part and parcel of our work annoyances, our feelings of techlash, our discontent with technological hegemony in life and work, our discomfort with informational capitalism with its opaque mechanisms, its black boxes and its extractive models of value. An approach that rather than proposing the memetic destruction of the computer a la badday.mpg, asks us to elevate sabotage to a decelerationist tool. In the end, it doesn't take much, in short, we can always stop, pull that blessed brake and take a walk, perhaps recover our radical self-activity and without stopping look around and recognize the actions of others many other actions like our own.

Vincenzo Estremo is a Phd based in Turin and Milan. He works for different Fine Art Academies and one University, where he teaches Aesthetics, Curatorship of Moving Image, New Media Practices and Theory, Phenomenology of Image. In 2021 he was research fellow at Film maker Cooperative New York and Quadriennale Roma. He edited several books about Cinema and Contemporary Art and his last monography "Teoria del lavoro reputazionale" (2020) speaks about working condition in digital economy.