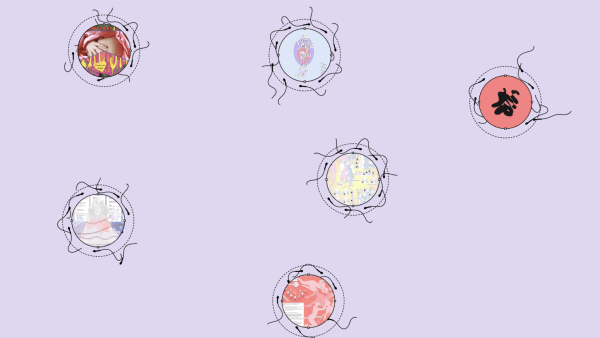 The month of November is going to be very cloudy at the Next Cloud Residency! You will find Artist Nahee Kim uploading some "messy" codes and the project "Dog Bites Cloud" by Dirk Paesmans (JODI) and Stephan Drescher (Emolition research).

Nahee Kim (she/they) is an artist, teacher, and web programmer who is performing “nahee.app” on social media. nahee.app is a speculative program that writes itself by interpreting Nahee’s sexual identity, preference, and experiences as computational objects. nahee.app creates sex code and documentation and partner matching algorithms by converting mechanisms of existing programming languages and network protocols into provocative interactions. It expands its code about sexual behavior to human reproduction by programming its own experimental family through the project <Daddy Residency> with new forms of intimacy. Nahee is based in New York and Seoul.

We often put a name to shapes as fx for faces or animals within a heap of white cumulus clouds on the summer sky. Likewise clouds on the net are filled with our images that we once took. However, these digital clouds, which were constructed in a protocol space, have turned out to be less inviting for letting our imagination run freely. Their shapes seems to been carved out from an engineered bedrock already. Clouds in the net space return, normally as copies - concrete images and other forms of information onto our devices unaltered. But all forms we perceive on our displays as such, exists rather as fragments on the net,-as TCP/IP packages of bits or fx via a hashcode retrieved content chunks. Hence, the net, when used as a gallery space, will store its art objects actually in a state of debris. Our project will take place in such protocol realm in the form of two Nextcloud server installations that are featuring an IPFS CID* generator:  CID.DOG  and  DOGBITES.CLOUD