Der Workshop findet in englischer Sprache statt.
Anmeldung: Bitte per E-Mail an teilnahme [at] servus [.] at

Join the Economic Vivaria Research Institute, a team of scientists from the year 3147 studying alternative currencies:

Since the great migrations and the sea level rise of 2175, the ensuing World Water Wars, and the Fukushima Strike of 2567, the world became fractured, and segments of humanity re-evolved many of its economic frameworks in isolation. Each of these societies is well characterized as an economic vivaria - an enclosure, container, or ecosystem that holds life.

Our team of anthropologists have been exploring these unique economic vivaria, and archiving them for future generations. The output of our work is a taxonomy of all known currencies that have existed between the years 2175 and 3147. What lessons might these financial instruments, ingenious stores of value, and mechanisms of exchange have for our future?

Gazing from an imagined far-future perspective, we will lead workshop participants through a speculative/imaginative exercise of what the economy could look like:

If care work was valued?
If it was impossible to hoard money?
If sustainability was rewarded?

Why design our own currencies? The ideology of growth embedded in mainstream capitalism aligns poorly with our values, and has failed to sustain our communities and infrastructure. Moreso, it has ushered us into a global climate crisis. Blockchains promise on the surface to allow for p2p financial networks, but in practice they've disproportionately rewarded a tech-elite of early adopters. If we could imagine a truly p2p financial system, what new sets of values could emerge?

Participants will design their own alternative currencies from a speculative future society, and join us as economic anthropologists.

Sarah Friend is an artist and software engineer, with special interest in blockchain and the p2p web. She is currently working on Circles, a p2p basic income pilot. She is a proud Recurse Centre alum, and has recently exhibited work at NEoN Festival in Scotland, Moneylab in London, Gray Area Festival in San Francisco, and the Athens Biennale. She is also is one of the organizers of Our Networks, a conference on all aspects of the distributed web in Toronto. isthisa.com

Saraswathi Subbaraman is an artist and designer working at the intersection of technology and culture. She recently worked as the art director of Ethereal Summit, and currently works as a project coordinator and design lead for a distributed basic income protocol, Circles. Saraswathi received a masters from ITP NYU, and most recently has shown work at the Bauhaus Archiv in Berlin, through Basic Income Berlin Lab. srswthi.com 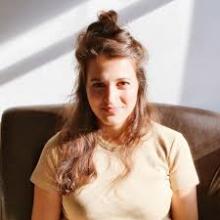 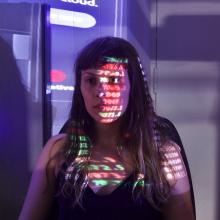 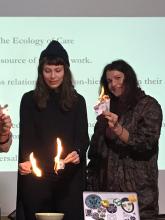