Exhibition: Hades at the Ars Electronica 2017 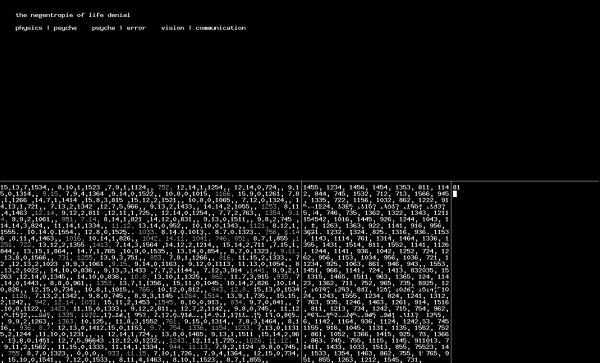 A Work by Markus Decker and Pamela Neuwirth

It seems that nothing more is left to chance now. In the utopia of a highly efficient society, fantasies and fears of “intelligent” optimization proliferate wildly. The possibility of collecting and analyzing incredible amounts of data and letting them be determined by an unknown magnitude, has now reanimated expectations of artificial intelligence from their AI hibernation again.

With the title Hades, the artists refer to the Greek god of the underworld. As the realm of the dead souls, Hades’ underworld becomes a staged space: a glowing gelatin cube is at the center. As long as the cube is glowing, a photon detector recognizes the points of light. A metaphysical discussion about soul and consciousness is made possible using this resource: the individual enters the world with the poet Dante, only to become entangled shortly thereafter in Descartes’ body-soul problem. The metaphysicians Gassendi and Gruithuisen explore alien civilizations in outer space, while Mary Shelley invents an artificial human with Frankenstein. Husserl explains perception as mental phenomenons of consciousness, which are still largely open questions in the current neuroscientific debates about AI and robotics.

The exchanges among the philosophers and authors take place in ANN (Artificial Neuronal Network). In the first order of ANN there is a formal index of the world, in which the themes of atom, error, consciousness, space, psyche, vision, soul, physics, communication, and love are negotiated. ANN learns these exchanges in the second order, while in the third and fourth order we can only observe the machine’s conclusions about the world.

In Hades the voices of the philosophers become audible in space, and we can follow the philosophical discourse on a display. The machine continues to decide, until the artificial glow is overgrown by nature. Mold (life) gradually extinguishes the light and makes ANN become silent.