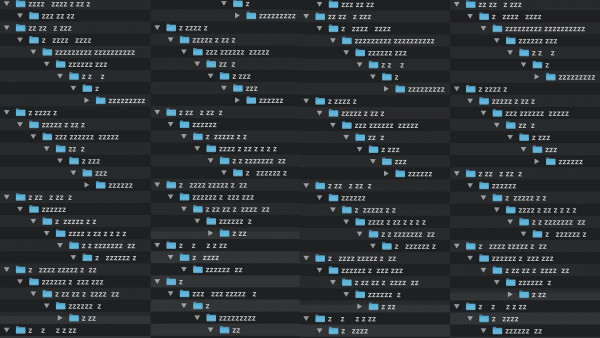 "You snooze, you lose?"
Let our next invited artist show you what it really means to be lazy on a professional level!

The invited artist for the Next Cloud Residency for the month of March is Guido Segni, who will present his project zzzzzzzz.work 2021 | An exercise in essential automation.

With a background in hacktivism, net art and video art, he lives and works somewhere, online and offline, playing with art, internet culture and data hallucinations.
Mainly focused on the daily (ab)use of the Internet, his work is characterized by minimal gestures on technology which combines conceptual approaches with a traditional hacker attitude in making things odd, useless and dysfunctional. Co-founder of Les Liens Invisibles , he exhibited in galleries, museums (MAXXI Rome, New School of New York, KUMU Art Museum of Talinn) and art & media-art international festivals (International Venice Biennale, Piemonte SHARE Festival, Transmediale). Recently he has been shortlisted for the art division of the 20th Japan Media Arts Festival(2017), has been finalist at Prize Arte Laguna (2016) and got an honorary mention at Transmediale (2011) with Les Liens Invisibles. Currently he's in the middle of his laziness five-year plan. In his spare time he co-directs the Green Cube Gallery, teaches at the Accademia di Belle Arti of Carrara.

Sneak into the Next Cloud Residency folder in every moment of the month as an excuse to procrastinate and be lazy! > cloud.servus.at/residency