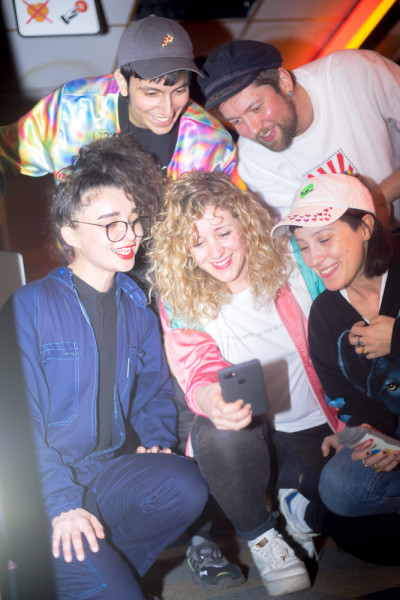 The invited artist of the Nextcloud Residency for the month of January is Clusterduck.

Clusterduck is an interdisciplinary collective working in the fields of new media studies, design and transmedia, investigating processes and actors behind the creation of Internet-based content. It curated the online exhibition #MEMEPROPAGANDA, hosted by Greencube Gallery, which was presented at The Influencers Festival (Barcelona), Tentacular Festival (Madrid), IFFR (Rotterdam), Urgent Publishing (Amsterdam, Arnheim), Radical Networks (Berlin) and others.

Clusterduck is currently developing Meme Manifesto, a transmedia project that collectively explores the occult meanings and communicative potentials of memetic symbology. The first stage of the project has been developed at IMPAKT (NL) during this year’s EMAP/EMARE residency programme and presented at ARS ELECTRONICA 2020.

Clusterduck also created the participative exhibition #MEMERSFORFUTURE, investigating the role of memetics in the global climate justice movement. The exhibition has been shown at re:publica 2020 and IMPAKT FESTIVAL 2020.

Starting from its investigation into the use of memetic culture for manipulative purposes, brought forward in the project #MEMEPROPAGANDA and its many iterations, Clusterduck wants to cast a light on the role of memetics in the global climate justice movement.

MEME MANIFESTO is a transmedia project about Internet Memes that explores the occult meanings and communicative potentials of memetic symbology.

MEME MANIFESTO is investigating different aspects of meme culture through various media: an art book, an interactive website, a physical installation and a participative workshop.

MEME MANIFESTO is a collective and participatory work conducted by Clusterduck.